Find Your Photography Style On Your Smartphone

Find Your Photography Style On Your Smartphone 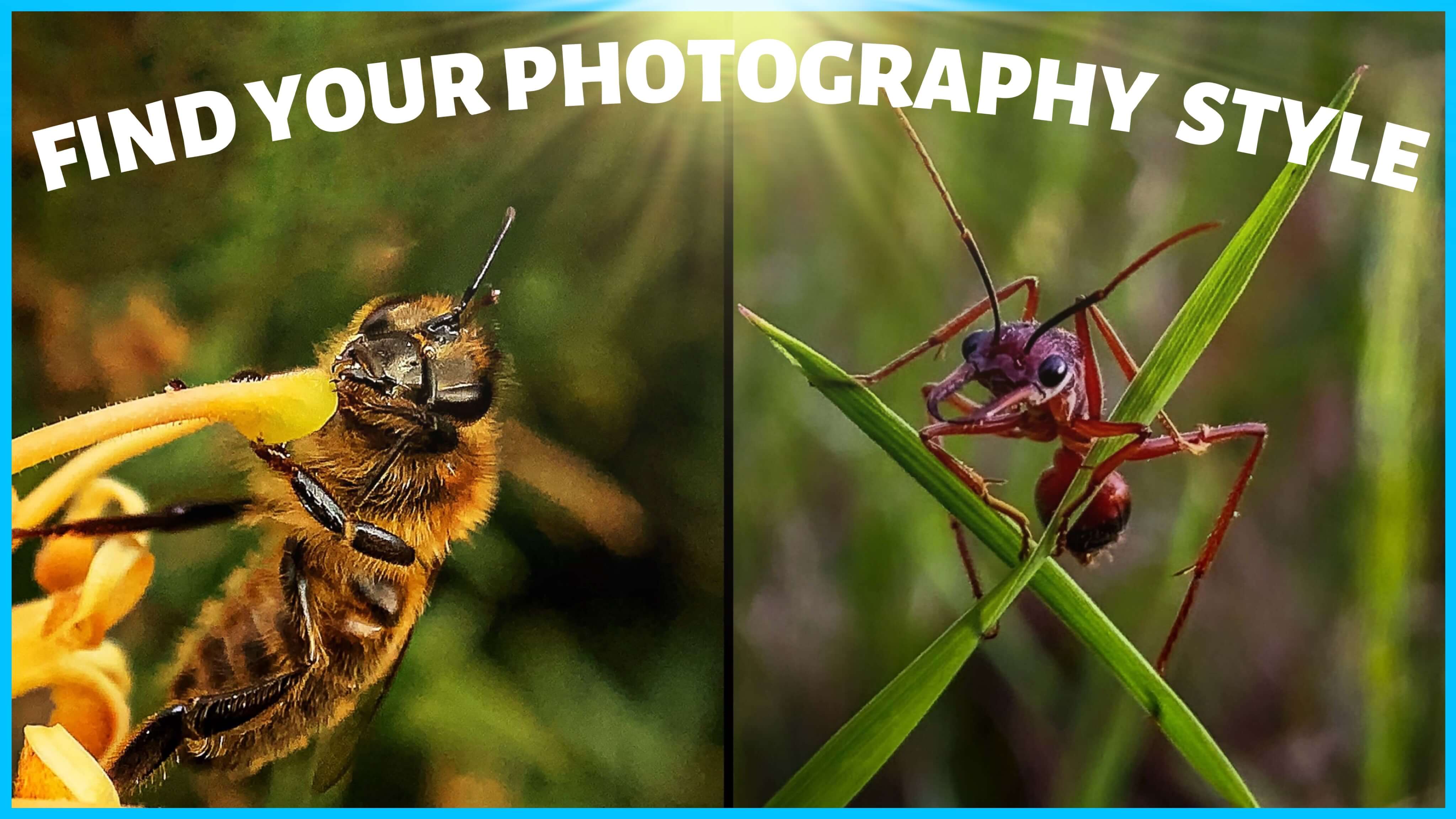 As much as I love photography, it would be a disservice if we didn't discuss one of the most challenging obstacles every photographer must face. Beyond a shadow of a doubt, finding a distinctive style as a photographer can be the most daunting aspect of pursuing photography.

When discovering your photography style, some typical negative thoughts you may face are:

The frustration and pressure are real, and it can be more than a little intimidating to overcome. However, it isn't impossible, and today we're going to go over everything you need to know to push through any challenge you may face in finding your photography style. Continue reading below for my in-depth exploration of photography style and to learn how you can uncover and embrace your unique photography style.

Prior to identifying and developing your style, you first need to understand what photography style is and the many compositional elements that lend themselves to style. Don't forget to keep an eye out for some tips and tricks to help you conquer the dreaded creative blocks along the way. 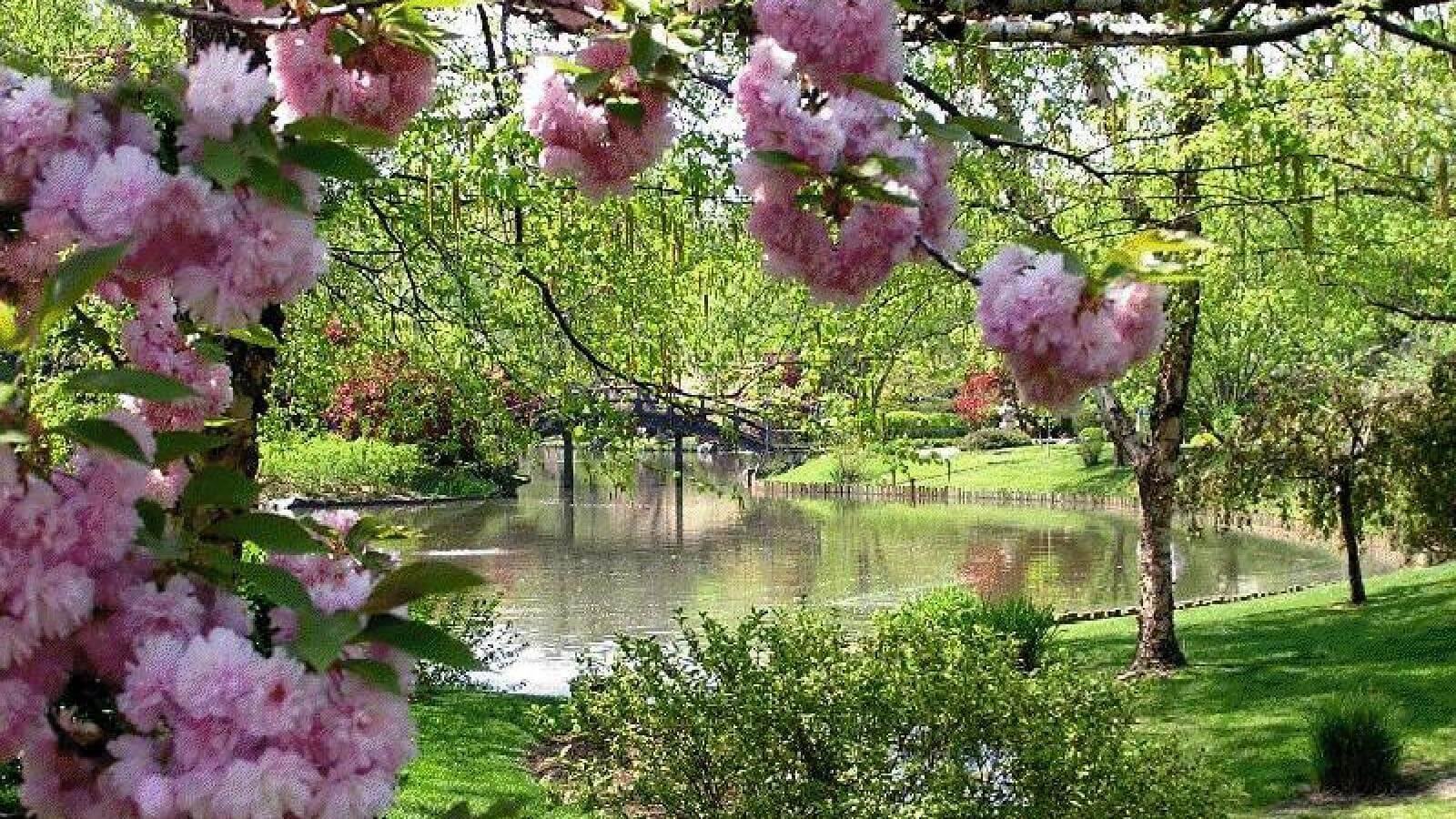 What Is photographic style?

A combination of your preferences, idiosyncrasies behind the camera, and your editing process, photographic style refers to all of the facets that make your photography recognizable.

For comparison, think about your favorite musician or band. Regardless of the genre, the subject matter of the music, or the instruments used, there's a signature something about that particular artist that sets them apart in your mind. Chances are, they aren't any more or less talented than their contemporaries. Instead, it's how you connect with their art in a special or sentimental way that makes them stand out.

The same concepts apply to photography and style. While many factors play a role in photographic style, your personal preferences and personality are the biggest influences on your style. And, as such, there isn't one individual element that's more or less important than any other, and there isn't one individual style, that's better or worse than any other.

How Is style shown in photos?

Style is a bit of an umbrella term in that it encompasses a variety of elements. Location, subjects, composition, framing, tone, mood, light, color, and editing contribute to what the viewer sees and perceives as the overall style of a photo. Continue reading below for a deep dive into each of these contributing elements that form a photo's style. 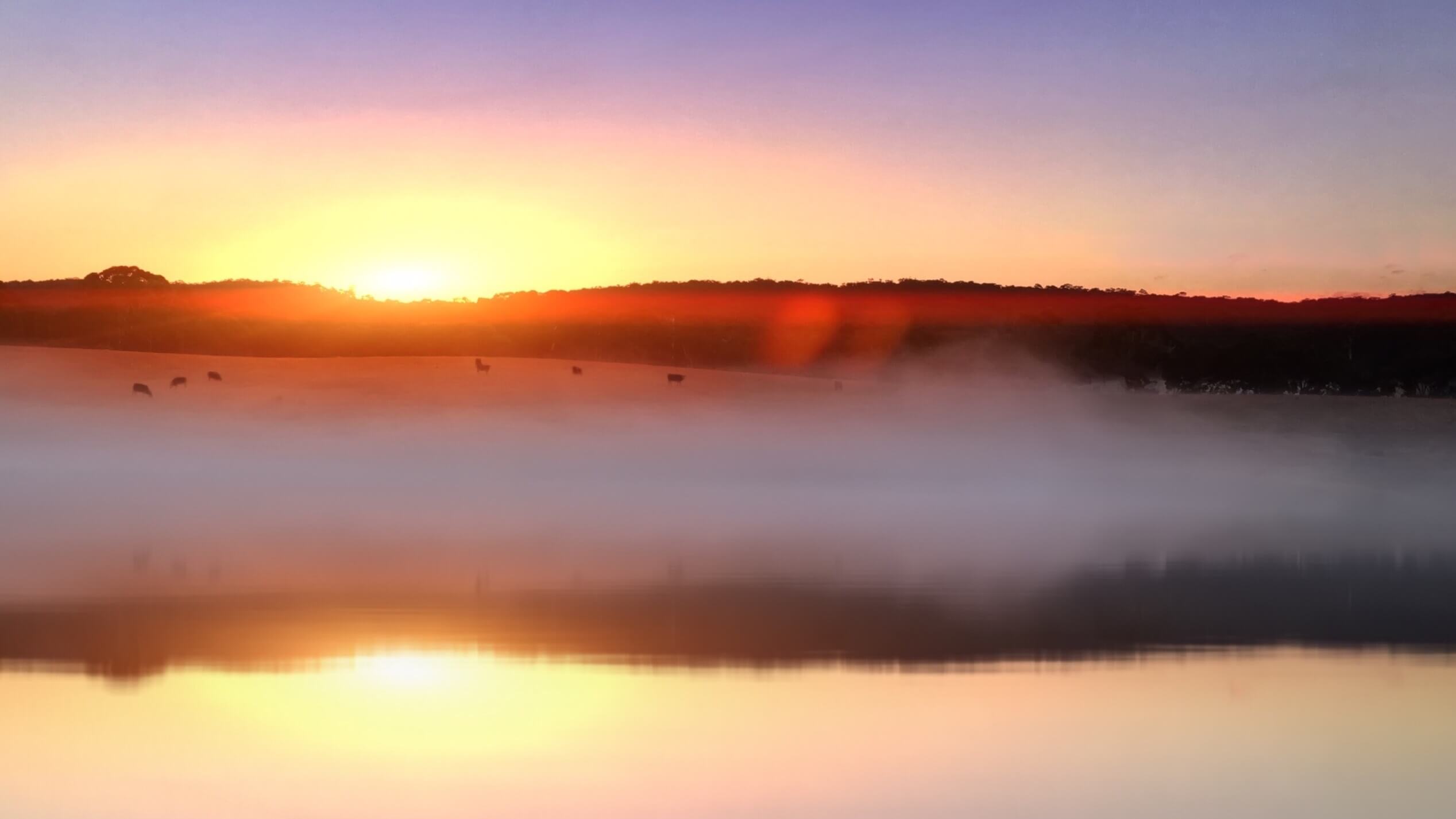 Can the camera I use affect the style of a photo?

It's a common misconception that you need heaps of expensive equipment, or an upgrade to the latest smartphone camera, to take decent, stylistic photos. This is entirely false. While the technology behind the Android smartphone and the latest iPhone can play a role in the overall aesthetic of a photo, the editing technology available today makes it easy to correct any unrelated characteristics that might distract or detract from your style.

As previously stated, several individual factors contribute to the overarching style of a photograph or photographer. Keep reading to find out which elements are the most important and the most effective.

Developing style in your photography

Bearing in mind your new knowledge of the elements of style, let's move on to how you can apply your own style in your photography.

Expert Tip:
Before you read the next section, consider jotting down your own answers to the questions presented below or your thoughts on them for later in the article.

As cliche as it sounds, you are your most valuable asset in developing your photography style. Spend a few moments considering the following questions and jot down anything you think of that strikes you as particularly interesting.

At first glance, it may feel a bit silly to ask yourself questions about yourself; trust me, I know. However, exploring your instincts, proclivities, and all the little quirks that make you an individual is, without a doubt, the best way to realize and evolve your photography style.

For a moment, let's return to our earlier analogy about musicians. While some artists cross genres in their careers, musicians choose a single genre of music to perform more often than not. It's this steadfast dedication to learning everything they can about, and improving upon, one particular set of skills that makes them so proficient in them.

The same premise applies to photography. Choose one genre that you like and stick with it. Take the time to develop, improve, and build upon the techniques present in that one genre. Don't forget, the photography skills you build are transferrable, and each genre has a range of different skills that you can refine and master in time. It may seem frustrating at first, but there is value in repetition, and the more practice you put in, the better your results will be.

Though it may seem counterintuitive, keeping your equipment as simple and barebones as possible can hugely benefit you on your road to developing your photography style, especially if you're just starting out. Using a smartphone allows you to avoid the more technical aspects of photography like manual controls and multiple lens choices. As a result, using your cellphone for your photography can actually help you find your style faster than if you were to use traditional equipment.

That said, my personal style comes from my love for the Struman Optics Cinematic Macro Lens. I enjoy taking photos of flowers and the Struman Lens, in particular, creates a creamy, 'real' blurred background while offering a consistently unique field of view. When it comes to editing, my preferences often lend themselves to darker backgrounds and increased emphasis on colours and textures. However, if I hadn't first experimented without a lens and with other kinds of lenses, I would have never discovered that I have a preferred lens that plays into my photography style.

If you take nothing else from this guide, I hope that you take this: all of the choices you make as a photographer, regardless of how big or small, have a role in your photography style. To exemplify just some of the choices you'll have to make, let's take a look at the following photos. 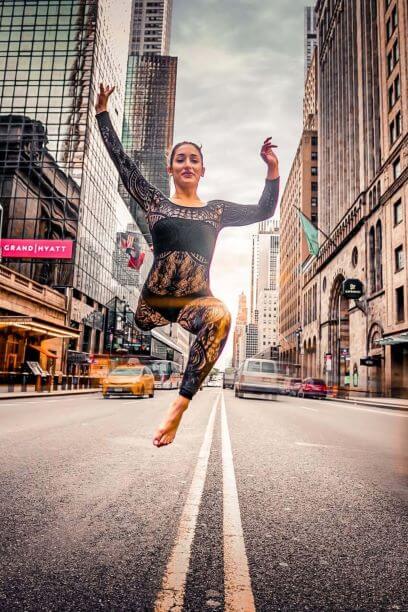 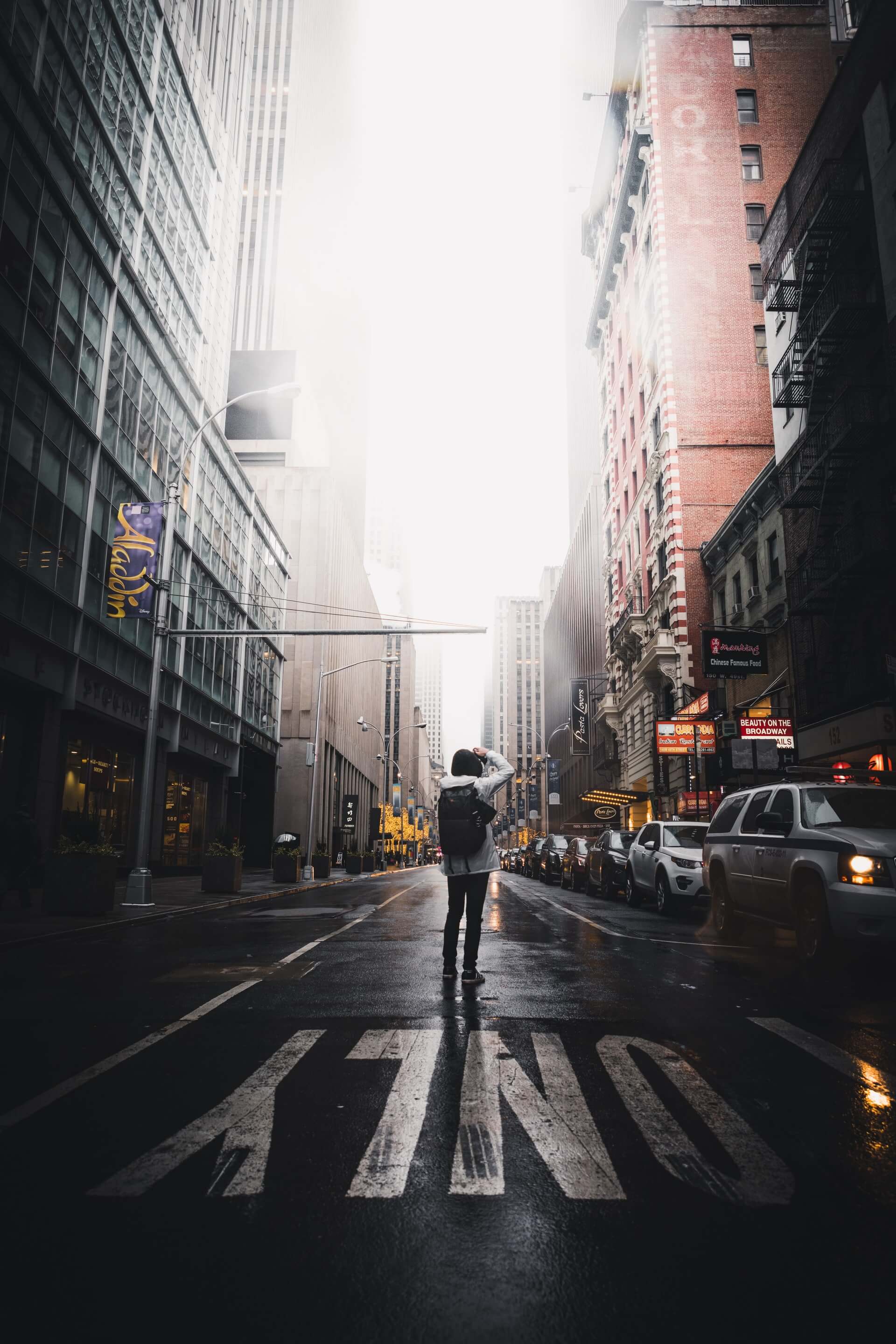 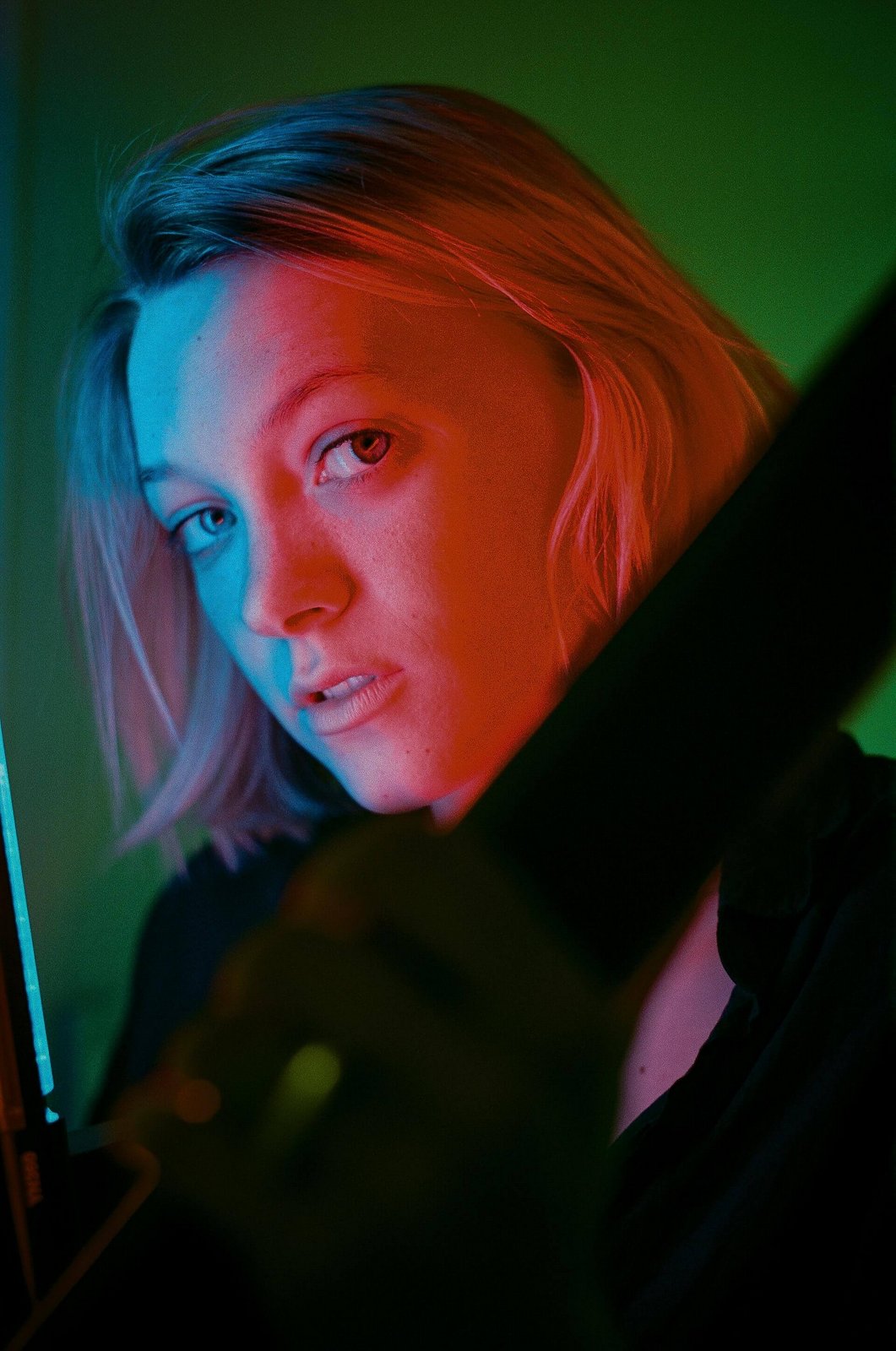 All three of these photos feature one person as the subject, were taken in New York City, and use lighting in an interesting way. Yet, as you can see, they're vastly different.

The first photo capitalizes on the concept of movement with motion blur and uses dark vignette framing to draw the eye to the dancer. Additionally, the use of a wide-angle with a busy foreground and a more uniform background makes the subject appear sharper and more in focus.

The second photo also uses a dark vignette to frame the subject but to a much greater extent than the first. In making this choice, the photographer creates an intense, lonely mood that's further highlighted by the tight angle and skewed perspective of the painted word "only" on the street.

The third photo, and perhaps the most visually different of the three, features much less content insofar as the busyness of the background and foreground are concerned. Lighting and color are the two primary factors for this photo's style, as evidenced by the exaggerated color contrasts present on the model's face, as well as the contrast between shadows and highlights. Unlike the other examples, this photo uses a close-up angle to make the photo feel more intimate and draw the viewer's eye.

While the first two photos are considered examples of street photography, the third photo is an example of a portrait, despite the fact that the photographer took the photo on the street. This is because street photography deals more with how you take photos than where you actually take them.

When you take a portrait, there is often a lot of planning involved, as the goal is to capture a person's personality in a way that feels true and is genuine to them. Conversely, street photography aims to capture the subject, whatever it may be, exactly as it is without exerting any influence over the scene to make it more true or genuine (think: it is what it is, rather than it is what it should be).

A great way to stay creative in your approach to photographic style is to draw inspiration from your favorite photographers, social media, and your peers. The key is to avoid becoming too immersed and overwhelming yourself. My recommendation for keeping the balance is to open a new Instagram/Facebook/social media account specifically for following the accounts and hashtags related to the style of photography that you enjoy and are attempting to emulate.

Expert Tip: Inspiration can come from anywhere, not just social media. You can be inspired by an image described in a book, the landscape of a garden design, movie scenes, or even conversations!

One of my favorite ways to find inspiration in my own work, as well as the work of others, is through photo hacking. Photo hacking is the process of looking at photos you enjoy (or that strike you in an impactful way) and breaking them down into the different elements of the creative process. Identifying the specific components and characteristics that speak to you allows you to attempt to imitate the same process the artist used, as well as find similar elements in your own photography.

Shoot, edit and be merry

As you embark on your style journey, it's important not to put too much pressure on yourself. It can be easy to become preoccupied with identifying your style and get caught up in the chase of identifying the perfect genre. However, this will ultimately rob you of the opportunity for your personal preferences to reveal themselves.

At the end of the day, finding your photographic style is part of your journey in becoming a photographer, not the ultimate goal. As you experiment with different techniques and approaches, your skills and style will grow as a photographer. Take your time to enjoy the process and to appreciate all the unique quirks and little characteristics that truly define you as an artist. And, remember never to stop experimenting and trying new techniques.

With your newly acquired knowledge, you're now ready to start finding your own personal style as a photographer! If you found this article helpful, you may also be interested in this post on 88 reasons to love and improve your photography (all on your smartphone).

Need a little more help? That's okay, and there's no reason to fret. Instead, click here to check out more exclusive courses I currently offer, specifically designed to meet you where you're at, regardless of experience. To gain full access to our active community of photography enthusiasts, free audio classes, unlocked tutorials, and much, much more, click here to become a member of the Smartphone Photography Training community today! 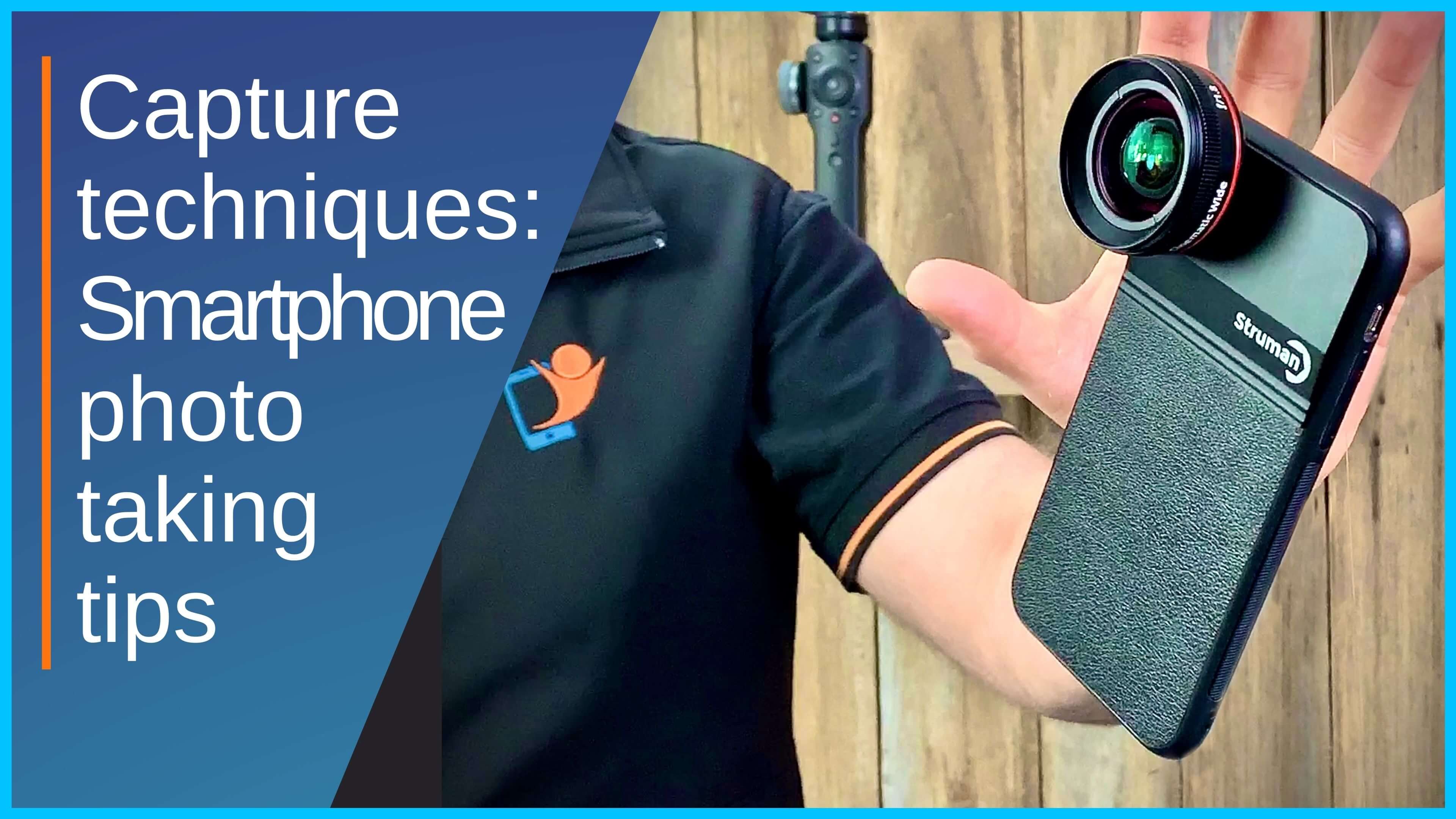 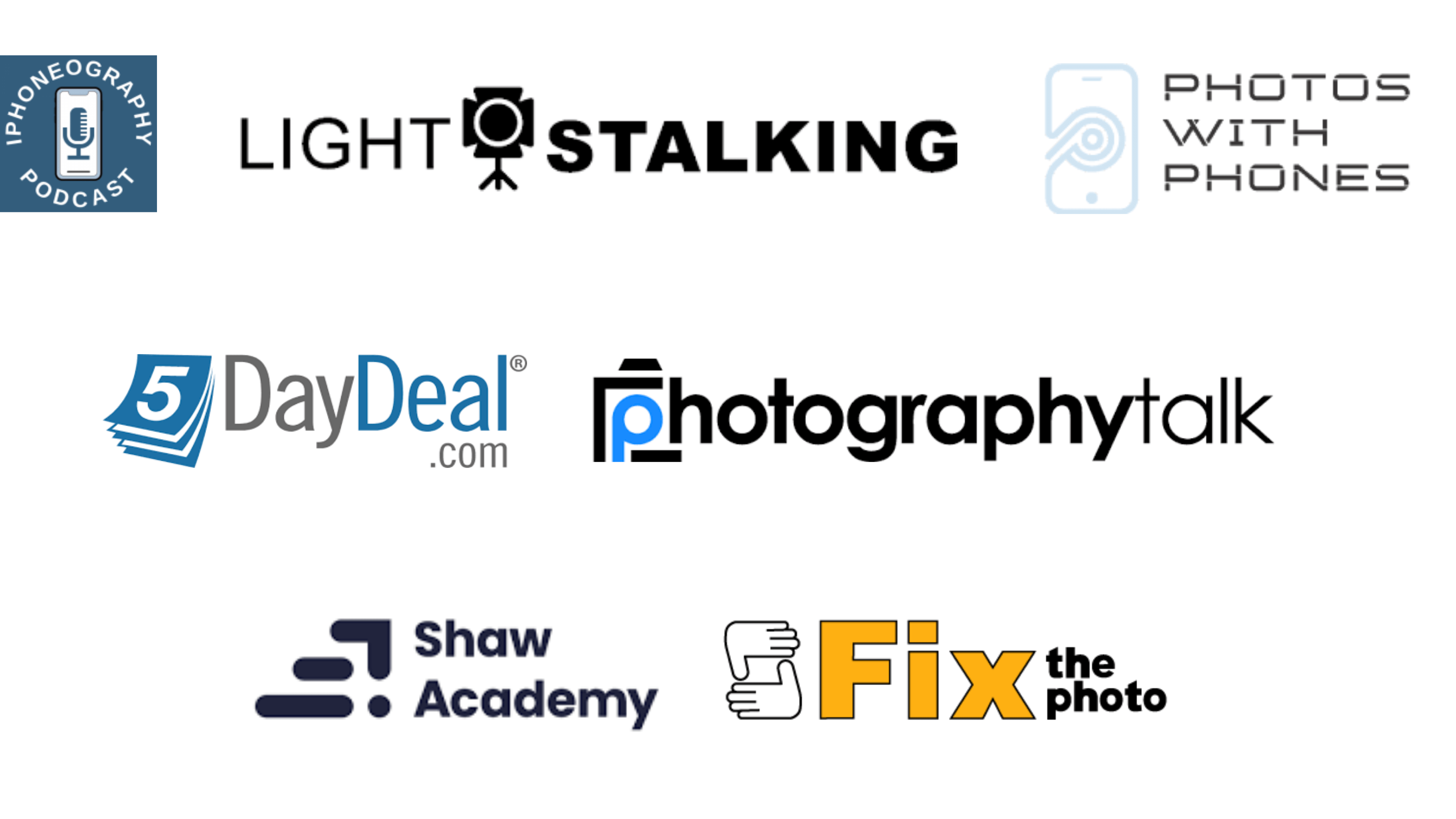 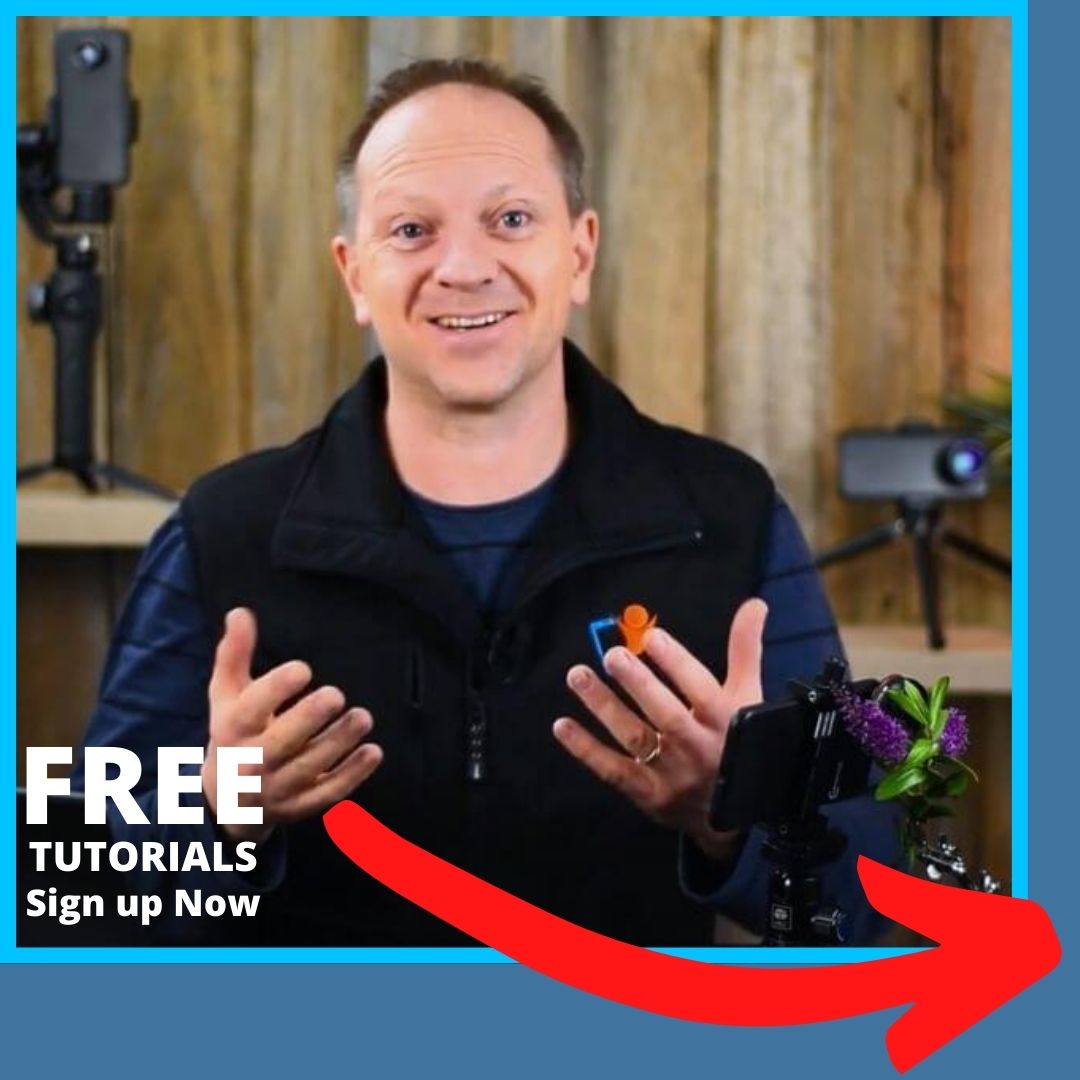 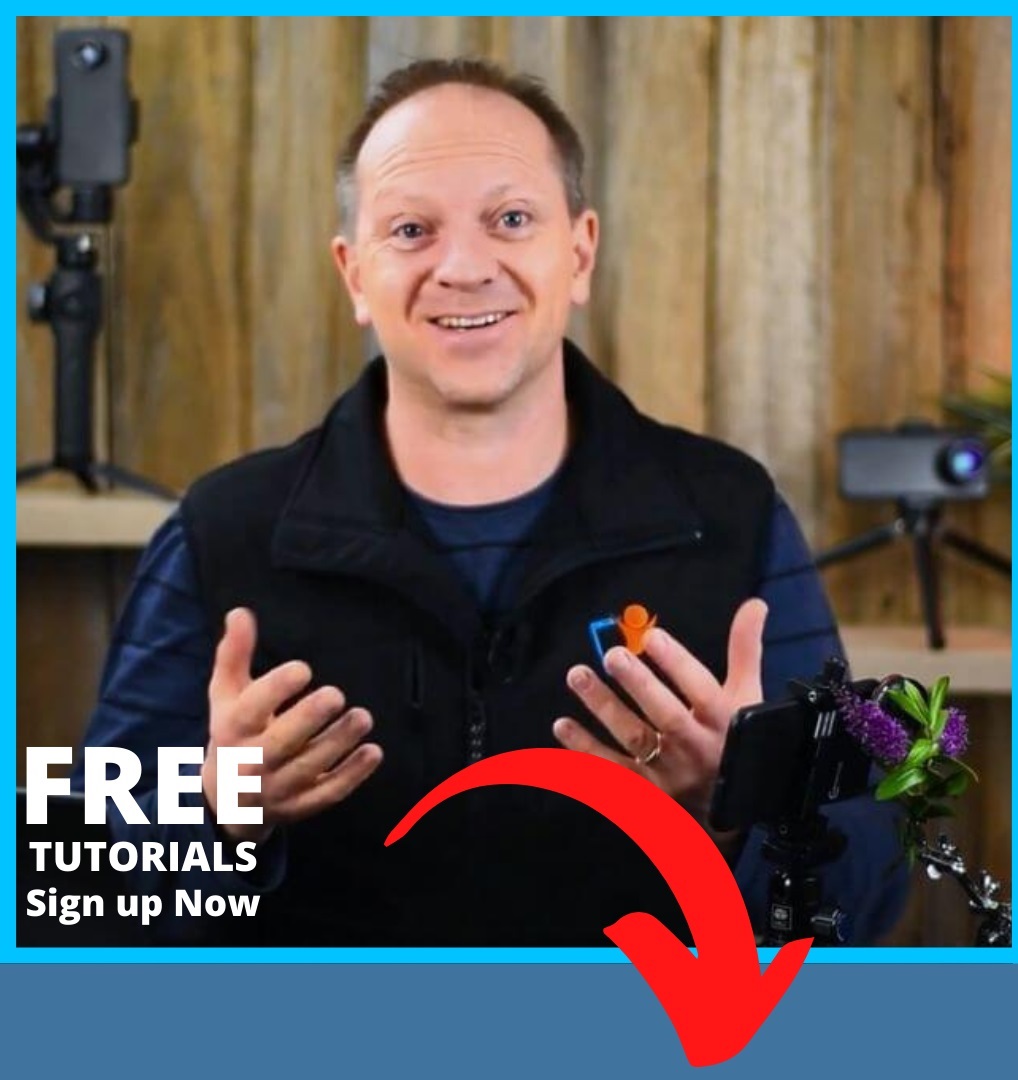 Join the email list to receive the latest articles, video tutorials, podcast episodes and more...
Copyright © 2015-2023 ABN: 72 772 792 318
Acknowledgement of Country
Smartphone Photography Training acknowledges the traditional owners and custodians of country throughout Australia and their continuing connection to land, waters and community. We pay our respect to their Elders past and present, and extend that respect to all Aboriginal and Torres Strait Islander peoples today.